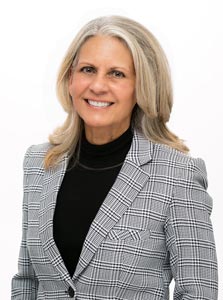 Rebecca Callahan is a 30-year, AV-rated attorney who spent her career handling complex business litigation matters in state and federal court. She is now a full-time mediator, arbitrator and court referee, and is a member of the large complex case commercial arbitration and mediation panels of the American Arbitration Association. Rebecca has been in the ADR trenches for over 20 years and knows how to put theory into practice. She has mediated over 1,000 cases and has arbitrated dozens of cases to award. Her areas of expertise include business/commercial, E-Discovery, employment, financial elder abuse, intellectual property, real estate and wills and trust / probate disputes. Ms. Callahan’s specialty is resolving business / money / valuation / accounting disputes.

Rebecca received her JD from Cal Berkeley and her undergraduate degree from USC. She also holds an LLM in Dispute Resolution from Pepperdine University School of Law / Straus Institute, where she serves as an adjunct professor teaching mediation, arbitration and mediating the litigated case. She is a distinguished member of several court-annexed ADR programs, including the one sponsored by the United States District Court for the Central District of California and the California Court of Appeal / Second District.

Rebecca speaks and writes frequently on various ADR topics. Most recently, she presented on E-Discovery in Arbitration, Breaking Impasse in Mediation, Lying in Mediation / Is it Ever OK? and Advanced Arbitration Skills. During 2017 and 2018, Rebecca spoke (or will be speaking) on a number of topics, including, Striving for Excellence: The Emergence of the Modern Mediator, Recent Developments in Arbitration and Mediation Law, Settlement Building Techniques for Use in Mediation, Advanced Arbitration Skills, and Mediating the Litigated Dispute. Additionally, Rebecca taught three academic courses in Arbitration Theory and Practice as an adjunct professor at Pepperdine University School of Law / Straus Institute. In 2019, Rebecca will be assisting the Pepperdine / Straus American Inn of Court for Dispute Resolution with programming for its second year in addition to serving on the Executive Committee and as Secretary for the Inn.

In her free time, Rebecca likes to work on learning a new language (Spanish), go to the gym, walk her dogs and play bridge.